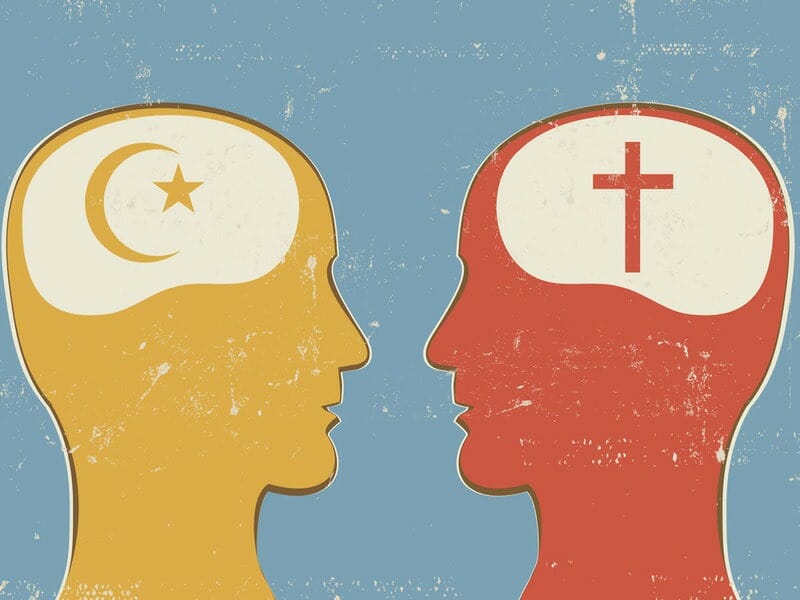 One day an incident happened in our house that shocked me. My father brought a young lady of 25 years old and said to us that she was his wife. I was 18 years old at the time. My father’s new wife was young enough to be his daughter. My mother was obviously not disturbed. She knew that a Muslim man can take another wife at any time because the religion allows a man to marry and live with up to four wives at a time.

After about two years the relationship between my father and mother soured. My father made secret plans to give talak (divorce) to my mother. But because of our large family, he did not dare divorce my mother; instead he continued to torture her. Whenever my father beat my mother I used to intervene on her behalf.

My brothers did not bother to stand between my father and mother during such beatings. One day a horrible incident happened in the house. My father took a knife and wanted to kill my mother. I threw myself over her and covered my mother and pleaded with my father. I could not allow him to kill my mother. My father was shaking with rage. In a fit of anger he stabbed me in three places, once in my right elbow, once in my left hip and once in my right shoulder. Even today, the scars on my body testify to this incident. When I was stabbed my mother came to my rescue and with tears told my father that she could not allow this any longer. She submitted herself like a lamb to be killed. Meanwhile I had become unconscious. We were taken to the hospital. On the way I regained consciousness, and I heard my mother praying for me. I heard her praying to Allah to take care of me, for I had accomplished my duties as her son. She cried to Allah to protect me, for I had paid her back for the milk she had fed me from her breasts.

After getting admitted to the hospital my mother died. Soon after my mother’s death, my father surrendered himself to the police, not because he had murdered my mother but because he stabbed me. He had to atone for inflicting wounds and pain on a Qur’an reciter and a good Muslim like me. Nobody in the family felt sorry for my mother’s death.

Everything went on as normal. I continued to study the Qur’an, but this time very seriously as a seeker of Allah and his truths. My earlier learning had been superficial. Now I probed deeply into Qur’anic teachings.

Allah in the Qur’an centres his attention on men, but he doesn’t care about women at all. I understood that women are not favoured like men in the Qur’an. Islam denies women many rights. For instance, a husband can give his wife talak (divorce). SuratunNisa’ 4 in the Qur’an commands a woman to obey her husband. She is even instructed to worship her husband as God, whereas a man can mistreat his wife. Why this onesidedness?

This raised many questions in my mind. I asked some Muslim scholars, but in reply they gave me excuses. One such excuse is in alHadith (the Muslim tradition). It is narrated by Abdullah Ibn Umar that the Messenger of Allah stated:

“A woman was subjected to divine punishment because she had kept a cat captive, and finally the cat died in that condition. So the woman had to go to hell. Neither she herself gave the cat anything to eat, nor did she free it to enable it to eat worms, etc.”(Bukhari, page 74).

Women in Islam are nothing but childmaking factories. Not only that, a divorced woman has no right to her children. The offspring are the property of the father.

Moreover in Islam only men can go to jannat (paradise), where they can have wine, women and dance. The Qur’an talks about the many virtues of a chaste woman. But there is no reward for such a woman in heaven. Can a woman not get a handsome man in heaven (jannat) if a man can get a voluptuous woman in heaven? Why does Islam show such partiality against women?

Read the rest of Released from Bondage.

Are there other conversion stories you would recommend?