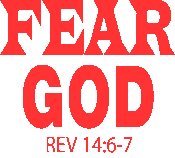 There has been a lot of talk lately about Islamophobia – the irrational fear of Islam.  There are at least two problems when such labels are used for people with whom we disagree:

Most Muslims I’ve talked with are nice people and would make great neighbors and friends.   Most American Muslims are ordinary and likeable people as the following video demonstrates:

I love Muslims, but I do not share their beliefs about Muhammad and the Qur’an.  Labeling my disagreement Islamophobia doesn’t promote the cause of truth – unless you believe it is irrational to believe in truth.

Is there a word for fear of theological dialogue?  If so, I think it would well describe America’s public life.  To prove my point, take a closer look at recent articles about Islamophobia.