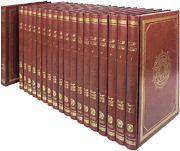 What are the sunna and hadith?

Muhammad Mustafa Al-Azami, one of the world’s leading scholars of hadith, explains sunna and hadith in the following way:

The sunna constitutes the authenticated traditions of the Prophet [Muhammad], i.e. all his properly verified words and deeds (along with the actions of others which met with his consent). Hundreds of thousands of these traditions exist; a single tradition is termed hadith (The History of The Qur’anic Text: From Revelation to Compilation: A Comparative Study with the Old and New Testaments [Leicester: UK Islamic Academy, 2003], p.39 f.n.96).

What is the importance of the sunna and hadith in Islam?

Ali Gomaa, the Grand Mufti of Egypt, explained it this way:

…the Quran for us is a book of guidance. It has the first saying. The Prophet’s sunnah is an explanation for it. And it is impeccable application for the Quran…It is not right nor allowed to interpret sunnah far from Quran nor to interpret the Quran far from sunnah because both are from Allah. The Prophet (SAWS) is the owner of both revelations. (Abrogation)

The Quran gives authority to Muhammad’s sunna and hadith

The basis for the authority of the sunna and hadith is found in several Quranic passages.

Quran 16:44
With clear signs and Books (We sent the Messengers). And We have also sent down unto you (O Muhammad SAW) the reminder and the advice (the Quran), that you may explain clearly to men what is sent down to them, and that they may give thought.

Quran 33:21
Indeed in the Messenger of Allah (Muhammad SAW) you have a good example to follow for him who hopes in (the Meeting with) Allah and the Last Day and remembers Allah much.

It might sound strange to Christians—and Muslims probably would not put it this way—but the Quran is not sufficient without Muhammad, the sunna, and hadith.

A Perfect Text Rooted in an Imperfect Tradition

To search the hadiths see:

ahadith which claims to be the web’s largest hadith library.