The Pew Forum recently came out with statistics on American’s view of Islam.  Here are some of the findings: 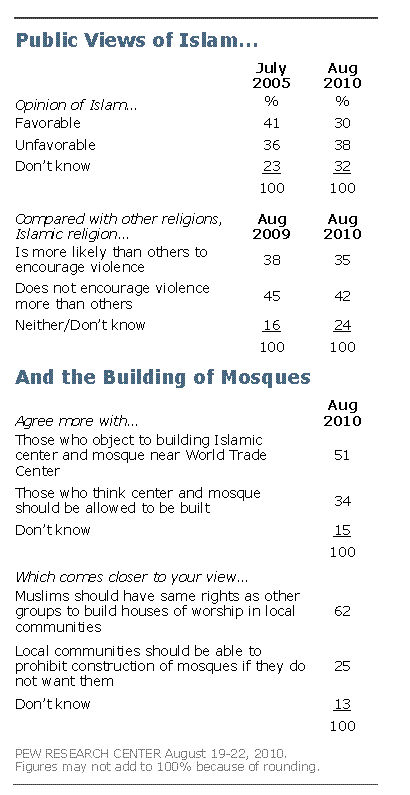