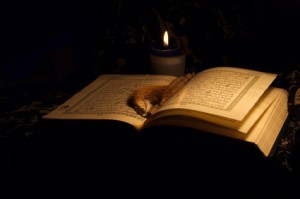 Lailat al Qadr, the Night of Power, marks the night in which the Qur’an was first revealed to the Prophet Muhammad by Allah.

Muslims regard this as the most important event in history, and the Qur’an says that this night is better than a thousand months (97:3), and that on this night the angels descend to earth.

This is a time that Muslims spend in study and prayer. Some will spend the whole night in prayer or in reciting the Qur’an. (BBC)

What do people do on Laylat al Qadr?

According to the website timeanddate.com, many Muslims believe this night marks their fate in the following year. Therefore, many Muslims pray in the night to God for mercy, forgiveness, and salvation. This practice is also called Ehyaa.

This “Night of Power” is considered the most appropriate time of the entire year to pray for salvation and blessings. It is believed that a Muslim’s past sins are forgiven if the person prays throughout this night. Many people assemble at mosques during the Isha’ prayer, with many prayers being made until midnight.

Ramadan and the Night of Power (Laylatul Qadr) Part 1

The Night of Power and its Virtues Part 2

Juristic rulings about the Night of Power (part 3)

Questions to think about on Lailat al Qadr