If the four Gospels were written years after Jesus, then what about the hadiths?

This raises a problem for Muslims. Muslims say they believe in Jesus, but Muslims do not believe in the historical Jesus Who is found in the New Testament.

In addition to rejecting history, Muslims believe in a non-existent book the Quran says was given to Jesus, the Injeel (cf. Qur’an 5:46-47; 57:27).1Of the twelve times the injil [not to be confused with the gospels] is mentioned in the Qur’an, in nine of them it occurs in conjunction with the mention of the Torah (al-tawrat), as a scripture sent down by God. Together with wisdom (al-hikma), the Torah and the injil  appear to comprise the ‘scripture’ (al-kitab) that the Qur’an says God taught to Jesus (Qur’an 3:48; 5:110). Twice the Qur’an says explicitly that God brought Jesus al-injil (Qur’an 5:46; 57:27). And once the Qurʾān instructs the ‘People of the Gospel’ to judge in accordance with that which God sent down to them (Qur’an 5:47) (Sidney H. Griffith, “Gospel”; Encyclopaedia of the Qur’an).

Are the four Gospels unreliable?

Muslims do not accept the historical testimony of the Gospels under the pretense of the Gospels’ “late dates”, and the lack of scholarly consensus about the names of the Gospel writers. However, the real issue is their believe in a non-existent book the Quran calls the Injil (cf. Qur’an 5:46-47; 57:27). 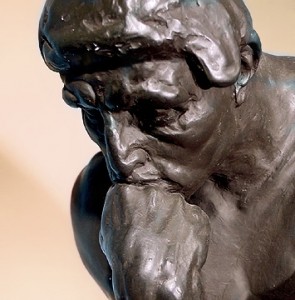 For example, a Muslim wrote challenging me to name a disciple who testified to Jesus’ death on the cross with this stipulation, “PLEASE DO NOT QUOTE FROM GOSPELS BECAUSE THEIR AUTHORSHIP IS UNKNOWN IN HISTORY”.

Such a question not only evidences a rejection of the historical reliability of the Gospel accounts, it assumes the existence of the fictitious Quranic injil, and it betrays  an ignorance of the rest of New Testament because Peter testified to Jesus’ death (1 Peter 1:1-4, 18-19; 2:21-25; 3:18; 4:1; 5:1.).  It also betrays an unwarranted prejudice against the Apostle Paul (2 Peter 3:14-17).  Paul testified that the Old Testament Scriptures bore witnesses of Jesus’ death and resurrection from the dead (1 Corinthians 15:1-4).  Paul also gave a list of eyewitnesses to Jesus’ resurrection from the dead (1 Corinthians 15:5-9).

After providing the evidence for Jesus’ death on the cross, the follow-up questions I ask my Muslim friends:

So far, my Muslim friends have been unable to give answer. This is significant because Muslims believe in a concept called Itmam al-hujjah (Arabic for “completion of proof”).  Itmam al-hujah is the belief that religious truth has been completely clarified by a Messenger of Allah.

When it comes to the death of Jesus on the cross – Jesus, the Scriptures, and history are clear. If Muhammad was a Messenger of Allah, then he most certainly did not bring clarity or “completion of proof” by denying the historic event of Jesus’ death on the cross. Muhammad’s lack of clarity and Muslim confusion about what really took place during the crucifixion is proof that Muhammad was not a Messenger of Allah.

There is another problem that is often overlooked, and this has to do with the hadiths.

On the one hand, Muslims try undermining the reliability of the Gospels so they can deny it as revelation. Yet, Muslims believe the traditions of Muhammad recorded in the hadiths.2The hadith is a source of “revelation” for Muslims second to the Qur’an (Qur’an 33:21; 2:151). Highlighting the importance of the hadiths is the saying, ”Whoever embarks upon it achieves salvation and whoever rejects it is drowned.”

This evidences a double standard because Bukhari and Muslim ibn al-Hajjaj’s compilations were more than 200 years after Muhammad died. Bukhari and Muslim ibn al-Hajjaj were not eyewitnesses; in fact, there were no living eyewitnesses for them to interview.3See Eric F.F. Bishop, “Form-Criticism and the Forty-two Traditions of al-Nawawi,” Muslim World, Vol. 30, No. 3, 1940, pp. 253-61; and “Academic scholarship in the Western tradition” in Wikipedia. 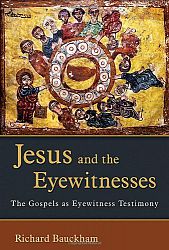 Muslims are good at denying history, but they need to explain it.

Where does this leave us in our dialogue with Muslims?

As I stated above, Muslims say they believe in Jesus, but they do not believe in the Jesus of history. Muslims are good at denying history, but they also need to explain history. The Quran invents a book called the injil and Muslims need to prove such a book existed.

Muslims claim that Islam is a superior religion, and so we should expect superior evidence. If Jesus did not die on the cross, then they need to explain what happened with superior evidence. Muslims need to give historical explanation for how Christians, including Jesus’ disciples, mistakenly came to believe Jesus died on the cross.

Muslims are unable to provide superior evidence; in fact, the scholars they appeal to when trying to undermine the reliability of the Gospels believe Jesus died on the cross.

To summarize, Islam requires Muslims to believe in a history that never happened. The Muslim rejection of the Gospels is inconsistent with their acceptance of the hadiths as revelation.

I often wonder whether the Muslims who write to me about the alleged unreliability of the four Gospels have ever read the Gospels? Or are they just cutting and pasting arguments found on the Internet?

An example of Muhammad’s corruption of Scripture: Quran 33:37

The Qur’an says long ago you, I, and the rest of humanity testified to Islam on the Day of Alastu. Is that true?

If you are interested in studying the question of modern scholarship as it relates to the Four Gospels: their dating and authorship, then I commend the following resources:

Richard Bauckham, Jesus and the Eyewitnesses: The Gospels As Eyewitness Testimony

Craig L. Blomberg, The Historical Reliability of the Gospels

F.F. Bruce, The New Testament Documents: Are They Reliable?

R.T. France, The Gospels as Historical Sources for Jesus, the Founder of Christianity

Martin Hengel, The Gospels as History

N.T. Wright, The New Testament and the People of God (Christian Origins and the Question of God)

One thought on “When were the Gospels and hadiths written?”