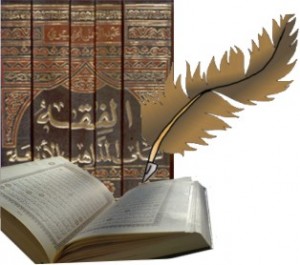 Fatwa – “A fatwa is a legal opinion issued by an expert (mufti) demonstrating a ruling within Islamic law based on evidence as a response to a question” (Sheikh Ali Gomaa).  Many Muslims believe fatwas are misunderstood by westerners and the media.  In order to learn more about fatwas from a non-western perspective I will be listening to Sheikh Ali Gomaa.

Ali Gomaa was the Grand Mufti of Egypt and professor at Dar Al-Ifta which is the leading institution in the Muslim world for religious legal direction and the issuing of fatwas.

According to The Royal Islamic Strategic Studies Centre, Gomaa’s office issues about 5,000 fatwas/week and “Since he was appointed Grand Mufti of Egypt in 2003, Goma’a has modernized the process of issuing fatwas in the country. He has done this by overhauling the Dar al Ifta organization into a dynamic institution with worldwide reach, based on a fatwa council and a system of checks and balances.”

“Our meeting today is for an important subject.  It is the relation between fatwa and reality.  Fatwa is clarifying Allah’s ruling regarding a specific event.  Therefore it is different from the fiqh (jurisprudence).  It also differs from the judgment.  Like what the scholars have stated, among them were Siddiq Hassan Khan and Ibn-Taymiyah (RA) and others.”

“One element and that is the knowledge of Allah’s (SWT) rulings.  Like: prayer is obligatory, alcohol is forbidden, selling is lawful, and divorce is allowed.  If someone did so and so, it means he has made his wife unlawful to him.  The ruling in that matter is to fast so and so, and to pay an expiation so and so, …etc.  So, these are the rulings.”

“The subject of the science of Fiqh, is human deeds.  Every human deed has a ruling.  Rulings are five: Obligatory, recommended, forbidden, undesirable, and allowed.  The deed together with one of the five rulings forms a sentence.  So, we say, ‘theft’ then we say, ‘is forbidden’.  Hajj is obligatory for whoever affords it.  Fasting in Ramadan is obligatory for those who bear it.  It is obligatory for the woman not to fast during menstruation and after giving birth.  She, then makes up for those days later.  See, very useful and beautiful details.”

“The beginning of the sentence is one of the man’s deeds followed by the ruling of Allah.  Fiqh has one element, which is the knowledge of the legitimate rulings.”

“Nevertheless, fatwa should consider reality and how it is perceived.  How to apply the legitimate text to this reality.  Thus, we can say that the elements of fatwa differ from fiqh itself.”

“A mufti should be a jurist, who is aware of reality.  He should know how to apply the absolute, which is the legitimate text, that extends beyond time, place, people, and circumstances to reality.”

“Three things should be in the one who gives fatwa.  Not only to know texts or teach it to students, and thus he is a jurist!  No.  For he might be unable to perceive reality.  He might perceive reality, yet, unable to apply those rulings to reality, under a certain umbrella of legitimate aims, benefits, results, the Arabic language, consensus of scholars, etc.”

Sharia does not contradict itself 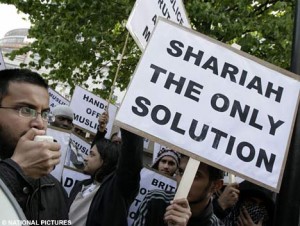 “When a mufti deduces rulings, he considers the surrounding reality.  He sees if we apply this ruling in reality in a certain way, would this contradict with the aims of sharia (Islamic law)?  So, if he found that was the case, he should reconsider it and he can’t give this fatwa before reconsidering it.  He should begin a new process of deduction and application, until he figures out where the defect is.  Because sharia does not contradict itself.  Abiding by sharia, does not nullify the rulings, nor with the legislation’s aims.  This same aim that Allah has commanded us to guard.  Divine commandments never contradict aims of sharia.  Therefore, he should reconsider his decision because of a certain defect.”

“A defect can be due to judging by appearance and not by facts.  Or that he considered one part and neglected another.  Or disregarded the result.  Or differed with the consensus of scholars.  Or deviated from words’ implication in Arabic language.  Or that he, at the first time, didn’t consider benefits, which sharia considers, or the aims that sharia commands us to follow.”

“Therefore, when the mufti sees this, and finds that applying his fatwa will badly affect the aims, benefits, or the results, he then has to reconsider it once more.”

A fatwa is based on three elements: deduction of rulings, awareness of reality, and connecting between them.

“This leads us to the difference between fatwa and judgment.  Judgment should abide by sharia rulings because it becomes false, if it does not abide by them.  That is why, if the judge’s verdict violated consensus, it becomes null.  Yet, if there were alternatives as per fiqh then it is valid and applicable by people, as well as accepted by Allah.  It is for this reason that everybody should abide by the judicial judgment for Allah has given the judge an authority that has not been given to the jurist it is the authority to change reality.”

Ali Gomaa says the judge has the authority to change reality

“Therefore, the judge should be a jurist.  He should be aware of the reality.  He has an additional authority to change the reality and make a new one.  So if two struggling parties fight over a piece of land and each one of them believe between himself and Allah that it is his right indeed which means that none of them is lying while the other is not because if it were so, the oppressor will be committing a major sin, that is lying whoever wants to take the land.  However in fact each of them believes its his, and they went to court and the judge saw it belongs to the first, this decision of the judge ends the struggle.  It makes this land a real property of the first.  The other is not allowed to claim for it neither to people nor to Allah.”

“Yet, the Prophet (SAWS) has warned him concerning his relationship with Allah, saying, “Whoever took an inch of land, without right, will carry a burden of seventy lands on the Day of Judgment.”  Which means he’ll have his neck wrapped with seventy lands.  Lands here means the earth.  This is just because of an inch of land that he took without right.  “I am only human and you ask for my judgment.  One of you might be more eloquent in his argument than the other.  Whoever unjustly takes what is not his, would be as if he has been given a piece of hell.”  This is religion.”

“However, if things are different and there was a dispute it is then the judge’s authority to interfere and end this dispute.  His judgment should be applied externally and internally.  E.g., a woman went to a judge, asking for a divorce.  Her husband doesn’t want to divorce her.  The judge saw that she has the right to ask for a divorce, so he judged for her.  The man said, “I won’t divorce,” so the judge divorced them.  This verdict applies both externally and internally.  But, the man refused after the verdict, claiming that she is still his wife.  He is at fault; he cannot do that.  The woman, after this verdict, waits for her eddah (a few months), then she can remarry.  Hence, the judge has changed the reality.”

“The man could still be rejecting the verdict.  It doesn’t matter to us, the community, or Allah.  His consent is of no importance at all because the judge has the authority to change.”

Muftis cannot impose verdicts on people – only judges can

“Meanwhile, if they went to the mufti and he gave them a fatwa to get divorced for example, and the husband was not convinced and said, “no she is still my wife, and you, mufti, are mistaken in your fatwa.”  The mufti then cannot compel him to abide by his fatwa.  The judge could also impose his verdict on two disputing parties.  So, there is an added element in the case of the judge; the ability to impose his verdict on people, which does not exist in the case of fatwa, as it is not compulsory.”

You may also want to read: