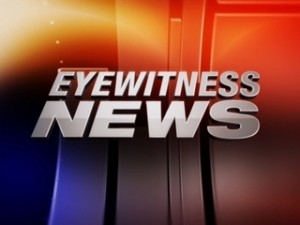 Eyewitnesses are one of the evidences for the truthfulness of Christianity.

Below is a clip of Samuel James Seymour who was the last survivor that was present at Ford’s Theater the night President Abraham Lincoln was assassinated.  Samuel Seymour was living 90 years after Lincoln was shot.

This interview is helpful important for understanding of the Gospels.  When the Gospels were written after Jesus’ death and resurrection, there were thousands and thousands of living eyewitnesses.  These eyewitnesses must have had an important influence upon the early development of Christianity as well as the writing of the Gospels.  In fact, Luke probably alludes to this at the beginning of his Gospel (Luke 1:1-4).

It is likely that a Christian sermon in the 1st century about Jesus’ miracles would have been attended by people who had been healed by Jesus.  In a similar way, if people started saying things Jesus never taught there would have been many eyewitnesses to correct the misinformation.

The kings appointed by Rome to rule over Jerusalem in the 1st century knew about Jesus’ life, death, and resurrection

Acts Chapter 26 Verses 22–26
22“So, having obtained help from God, I stand to this day testifying both to small and great, stating nothing but what the Prophets and Moses said was going to take place; 23that the Christ was to suffer, and that by reason of His resurrection from the dead He would be the first to proclaim light both to the Jewish people and to the Gentiles.” 24While Paul was saying this in his defense, Festus said in a loud voice, “Paul, you are out of your mind! Your great learning is driving you mad.” 25But Paul said, “I am not out of my mind, most excellent Festus, but I utter words of sober truth. 26“For the king 1The king that Paul is appealing to in this passage is King Agrippa II. Agrippa II was the last representative of the Herodian dynasty.  Emperor Claudius gave Agrippa II authority to govern the Temple and he had the right to appoint the high priest from AD 48-66.  He was well versed in Jewish affairs and considered an expert by the Romans. Agrippa II’s grandfather, Herod Antipas, was friends with Pontius Pilate. Pilate was the Roman governor responsible for Jesus’ crucifixion and death (Luke 23:8-12). knows about these matters, and I speak to him also with confidence, since I am persuaded that none of these things escape his notice; for this has not been done in a corner.

Muslims postulate that the true message of Christianity was changed in the early decades after Jesus.  If the true message of Jesus was distorted as Muslims argue, then it would have been vigorously opposed by the followers of Jesus, and the numerous eyewitnesses.

For example, central to Christianity is the death of Jesus on the cross and His resurrection.  Based on Muhammad’s teaching in the 7th century AD, Muslims reject this.  Some postulate that Jesus did not die on the cross, and another died in His place.  Other Muslims believe that Jesus went to India after being revived in the tomb where He was buried.  Such theories and speculations are not historical.

Eyewitnesses are an important evidence of Jesus and the truth of Christianity.

The Injil ≠ the Gospels