Sometimes Muslims send me long lists of alleged Bible contradictions with headings like: 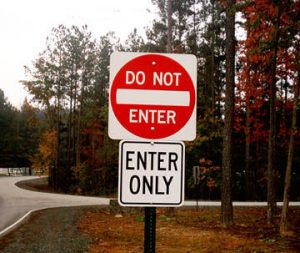 Often, Muslims cut and pasted arguments from other websites.  Numerous times they have sent or use Ahmed Deedat’s arguments which can be found in his, “Is the Bible God’s Word.”  I’ve found that many Muslims have never actually taken the time to read or study the Bible for themselves.  The question I pose to my Muslim friends is, “Of all these alleged contradictions, which one have you studied and found most convincing?”  I don’t recall them ever giving me an answer – evidence that they haven’t studied the issue carefully.

There are several ways this question can be answered.  Gleason Archer offers the following explanation,

2 Samuel 24:13 relates the visit of the prophet Gad to King David after he had finished the census of his kingdom in a spirit of pride. Gad relays God’s message to him in the following terms: “Shall seven years of famine come to you in your land? Or will you flee three months before your foes while they pursue you? Or shall there be three days’ pestilence in your land?” (NASB). To this David replies in a spirit of humble repentance, “Let us now fall into the hand of the LORD, for His mercies are great, but do not let me fall into the hand of man” (v.14, NASB).

In 1 Chronicles 21:11–12, Gad comes to David and says to him, “Thus says the LORD, ‘Take for yourself either three years of famine, or three months to be swept away before your foes …, or else three days of the sword of the LORD, even pestilence in the land.’ ” (NASB). Note that the wording here is significantly different from that of 2 Samuel 24:13 (i.e., “Shall seven years of famine come to you?”). Rather than that simple question in 2 Samuel, we have it given here in 1 Chronicles as an alternative imperative (“Take for yourself either three years of famine …”).

From this we may reasonably conclude that 2 Samuel records the first approach of Gad to David, in which the alternative prospect was seven years; the Chronicles account gives us the second and final approach of Nathan to the king, in which the Lord (doubtless in response to David’s earnest entreaty in private prayer) reduced the severity of that grim alternative to three years rather than an entire span of seven. As it turned out, however, David finally opted for God’s own preference (whether famine or pestilence); and God sent three days of severe pestilence, which carried off the lives of seventy thousand men of Israel.

Norman Geisler offers the following explanation of these passages in the Bible,

SOLUTION: There are two possible ways to reconcile these accounts. Some commentators propose that the prophet Gad actually confronted David on two occasions. This proposal is based on the difference in language used to present the alternatives to David. In the 2 Samuel passage, Gad presents the alternatives as a question, “Shall seven years of famine come to you in your land” (v. 13). In the 1 Chronicles passage the alternatives are presented more along the lines of a command, “Choose for yourself, either three years of famine, or three months to be defeated” (vv. 11–12). Those who offer this solution assume that perhaps the 2 Samuel passage records the first encounter of Gad and David in which the alternatives are presented for David’s consideration, and that after some fasting and prayer, Gad returned for David’s decision by which time God had reduced the duration of the famine from seven to three years in response to David’s supplication.

Another group of commentators suggests that the record in 2 Samuel is a copyist error. They point out that there are more reliable manuscripts which preserve the number “three” for the duration of the famine and that the niv has employed this manuscript reading in its translation.

Norman Geisler and Thomas Howe, Big Book of Bible Difficulties, The: Clear and Concise Answers from Genesis to Revelation

The real contradiction Muslims need to address is the Quranic Injeel.

Qur’an 5:46-47
And in their footsteps We sent Jesus the son of Mary, confirming the Law that had come before him: We sent him the Gospel (l-injīla): therein was guidance and light, and confirmation of the Law that had come before him: a guidance and an admonition to those who fear Allah.
Let the people of the Gospel (l-injīli) judge by what Allah hath revealed therein. If any do fail to judge by (the light of) what Allah hath revealed, they are (no better than) those who rebel. (Yusuf Ali)

The Qur’anic Injeel does not exist and has never existed.

What resources have you found helpful for explaining Bible difficulties?  Are there any passages in the Bible you believe contradict one another for which there is no answer?

thoughts on “Does the Bible Contradict Itself?”