The Difference Between Sunni and Shia

There’s a lot of helpful information about the difference between Sunni and Shia packed into this seven minute video by Dr. Timothy Winter (Sheikh Abdal-Hakim Murad). According to the 2011 edition of the 500 Most Influential Muslims, Timothy Winter is Britain’s leading Muslim scholar and one of the most well-respected Western theologians in the Muslim World. He has written on various topics including British Muslim history and theological discourse. Winter teaches theology at Cambridge University and is the director of Studies in Theology at Wolfson College in Cambridge…He is the director of the Sunnah project, which has published the foremost scholarly Arabic editions of the major Sunni Hadith collections.

Dr. Winter is therefore a reliable authority for learning about the differences between Sunni and Shia Muslims.

Distribution of Sunni and Shia Muslims: 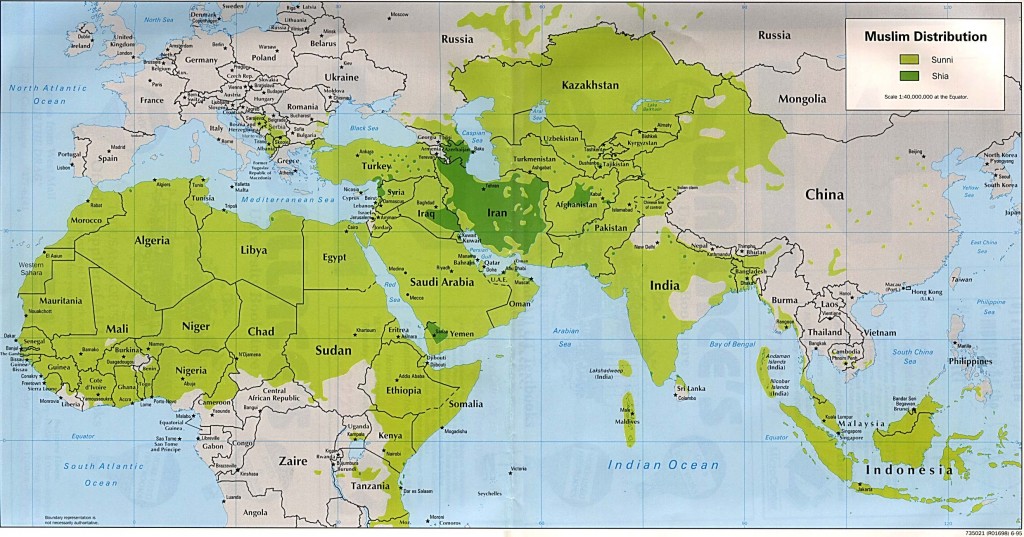