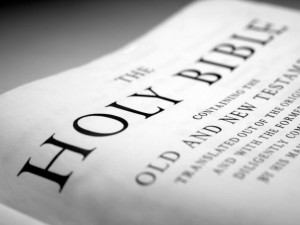 Dane Ortlund, Senior Editor in the Bible division at Crossway Books, recently asked Bible scholars and pastors to summarize the message of the Bible in one sentence.  He received a few dozen reponses.  I think the most thorough response came from Professor Greg Beale; although he stretched his “one sentence” a bit,

If I were a dying sinner, I would prefer Andreas Kostenberger’s summary which was to quote John 3:16, “God so loved the world that the gave his one and only Son that whosoever believes in him should not perish but have eternal life.”

You can read the other answers at Dane Ortlund’s blog.

Have there been attempts to summarize the Quran in one sentence?

One thought on “The Bible in One Sentence”