Does the Arabic Quran perfectly preserve what Muhammad recited?

According to Islamic tradition, Muhammad recited the Arabic Quran in seven readings known as the qira’at. 1Muslims believe that as Islam spread throughout Arabia and incorporated new tribes and dialects that the Quran began being recited in new dialects. According to the following hadith:

The answer is “No, not perfectly.” 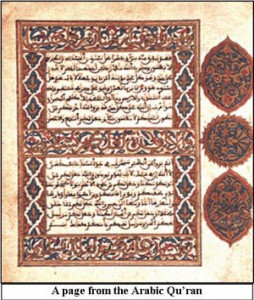 Careless Transmission of the Quran

There has also been careless transmission of the Quran; in fact, the circumstances leading to the Cairo edition of the Arabic Quran were errors in printed Quranic texts:

the Egyptian government was motivated to begin the project that would lead to the Cairo Qur’an edition due to the variations (or “errors,” as an appendix to the Cairo edition describes them) found in the Qur’anic texts that they had been importing for state schools. In response, the government destroyed a large number of such texts by sinking them in the Nile River and issued its own text. The Cairo project thus followed in the spirit of the caliph ‘Uthman, and the governor al-Hajjaj b. Yusuf (d. 95/714), who are reported to have destroyed competing versions and distributed their own text of the Qur’an in the first Islamic century (Gabriel Said Reynolds, “Introduction,” in The Qurʾān in its Historical Context, ed. Gabriel S. Reynolds [London, Routledge, 2008], p.3).

thoughts on “Does the Arabic Quran perfectly preserve what Muhammad recited?”