The Quran was written in Arabic and Muslims believe that to best understand the Quran you need to study the Arabic language in which the Quran was written. Sheikh Ali Gomaa explains at the end of this episode that it is important study the Arabic language to understand the Qur’an and Sunnah and their grandeur and rulings.  Sheikh Gomaa said this will lead Muslims  to a “precise knowledge needed for the application of those books in our lives.”

The Arabic language and discussion of angels

“When we read the Qur’an and find talk about the angels we then picture them strong. They support the believers at war plant firmly their feet and come down in full armor with their strength to support the believers in their war.  That is why when the Arabs of the pre-Islamic time heard: “Over it are nineteen” they immediately said: “One thousand of us against one.”

“What made him imagine such a ratio, that one thousand men will go catch one angel? Because as soon as he heard the letters M,L and K he felt in his heart that this must be something powerful, therefore one thousand of us are needed to hold down one angel. Like on Judgment Day we will go and hold down those 19 angels and defeat them if Allah wills and will do this and that, which is all empty bull talk of the pre-Islamic era. What are the reasons that lead him to this conclusion? It is the effect of the [Arabic] word and [Arabic] letters.  His Arabic nature makes him use those letters in powerful things.”

A common ground between Arabic words and their Arabic meaning

“This is one of the characteristics of the Arabic language, which made Khalil Ibn Ahmed write his book “Al-Ayn” based on this point, as well as Ibn Fares who wrote “The Language Measures” and also Ibn Al-Doredy write “Al-Gamhara” in the same way. They collected the words and searched for a common ground between them.  Ibn Fares excelled in his book Maqayees Al-Logha “The language Measures” and sometimes he could not find a common link, but this was seldom and are a few numbered cases amidst the vast richness of the language.”

“For example they addressed the word “harag” meaning pandemonium. What does it mean? It means extreme confusion, disorder, killing or anything against stability or quietness. What about “Rahag”? He said well I don’t know what this might be. The fire is “Rahag” what does it mean? What about “Hagar”? It means travel away or move far away. This then resules of motion and moving. It also entails migration, which causes hurt and disturbance, because I left my homeland and traveled away, which is hard. If I travel to a foreign country I will be counted of those “who die away from their homeland are martyrs”. It contains some hurt, that is why casting people away is a type of punishment.  When the disobedient is cast away or isolated or banished it is similar to leaving one’s homeland.  Immigration is like that also.” It means when the voice becomes high.  A jahwwary man is a man with a high voice and this loud voice will cause noise. A loud noise might be some sort of warning or reprehension, as well as a sort of anger. The common factor among those is commotion, that includes moving and also disturbance. This might be the common definition of those letters.”

“When we say that: Fire has “rahag” it will mean that it is disturbed and moving, which is the case when there is wind that blows the fire and keeps it flattering?, hence we call it “rahag”. When we call the fire “rahag” it was linked in his mind with disturbance, migration, noise and so on. It is connected by the same letters to other meanings for other words, but of the same category and represents this group.

“When Arabs used to hear: “Surely I am going to my Lord, soon He will guide me” He would feel as if Ibrahim was hurting when he said that, as if he was leaving his hometown and that there was a conflict between him and his people.  They understood it on that level.  That is why knowledge of the language’s characteristics helps us in understanding and correct definition of the meanings, that might not be apparent and would not be understood by many.”

“Ibrahim was a nation, Ibrahim was upright and Ibrahim was the father of all Prophets.  Why all this?  Because he endured and suffered and acted.  When did this happen?  When a story is said without the attention to the depth of the meanings, then it takes on another form while keeping in consideration this very same depth.  If we can keep this depth in mind, then we will engage more with the Qur’an and will sense the rulings and meanings of the stories and all that it contains.  We will talk a lot about this matter.”

Different traits of the Arabic language

“Another characteristic of the language that we care for, as said by Ibn Geney, look at how Allah said: “Are the ones who know equal to the ones who do not know?”  The more limited the restrictions the more options we have.”

“”Are the ones who know…” Know what?  Know about the legislations or justice or about the universe?  Or just know any science?  He did not specify which science, hence it is unlimited.  All knowledge types are included.”

Another trait of the Arab’s language is, that anything that stars with the Arabic letter “N” then “F” means exiting…That is why they named the hypocrites “monafeq” meaning those outside the group.  It projects the meaning of exile and loneliness.  It projected an awful thing.”

“Another fact is that any word in the Arabic language can never join the Arabic letter “J” with “S”, therefore words like “Jas” and “Sawlajan” and so on are not part of the Arabic language etc.  There are many facts that need to be considered, in order to be able to understand the Qur’an and Sunnah.  And also to be more able to grasp their grandeur and rulings.  This will lead to the precise knowledge needed for the application of those books in our lives.”

Quran in Arabic and Translation of the Arabic Quran

Regretably, this is the last video I could find on YouTube. I’m disappointed because I was hoping to find answers to the following:

Please let me know if there are more videos in this series on the Arabic language available with English subtitles. 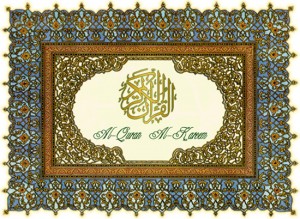