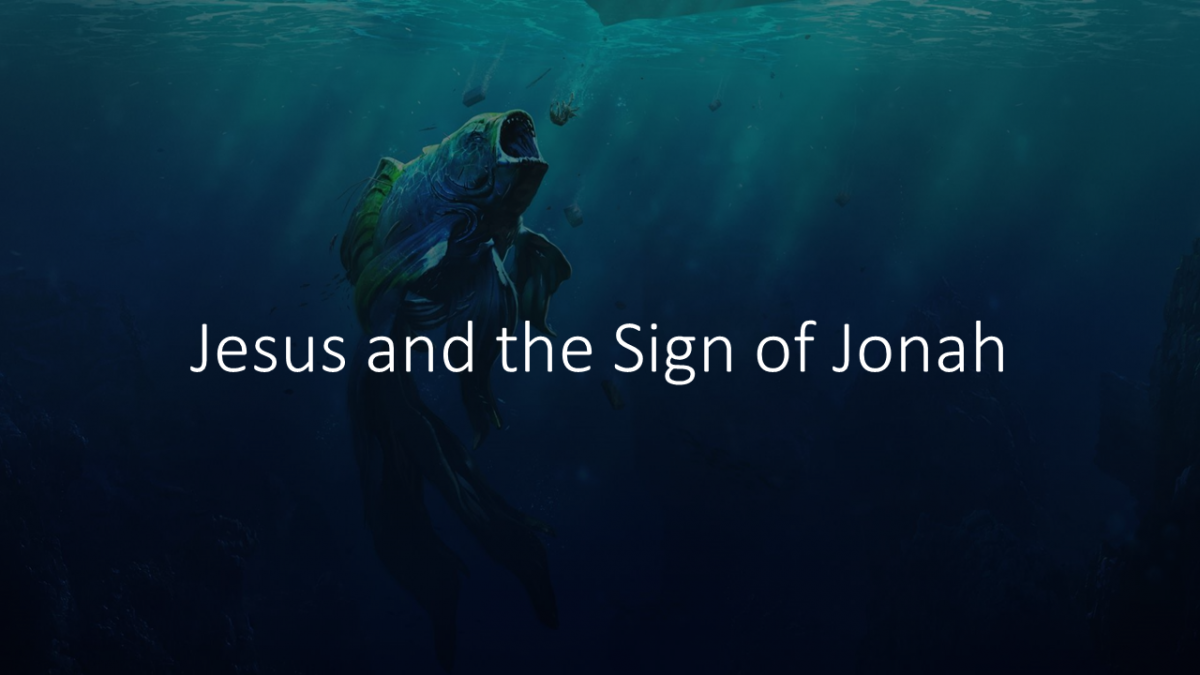 The late Ahmed Deedat, an Islamic apologist, made much of the story of Jonah in arguing against the death of Jesus on the cross. Here is an example of his theatrical argumentation,

Why do Muslims find Deedat’s argument convincing? Can any of my Muslim friends explain the strength of Deedat’s Jonah argument?1

Ahmed Deedat’s arguments contradict both the Bible and Quran

On one occasion, after Ahmed Deedat put his famous argument about Jonah forward to a crowd, the Christian John Gilchrist asked the Muslim audience,

I am going to go so far as to ask every Muslim here tonight that if you believe what Mr Deedat said (Another loud roar : YES), you don’t believe what the Qur’an says (YES!?)

Having realized the contradiction/ between believing the Qur’an and believing Ahmed Deedat’s argument,

…the huge Muslim audience was struck to silence and to defeat, which the Muslim did not readily accept. So the Muslim audience at one moment in their frenzy roared that Mr Deedat was right, and the next when the truth was pointed out to them from the Qur’an, then they answered that the Qur’an was right, which in fact shows in what a humiliating position they were put through the crucifixion arguments put forward by Mr Deedat. (Muslim Digest, March 1977).

The argument is that Jonah did not die in the belly of the fish and therefore Jesus did not die on the cross. This is simply false and contradicts the teaching of Jesus elsewhere. Note carefully that Jesus said He is GREATER than Jonah,

Matthew 12:39-41
He [Jesus] answered, “A wicked and adulterous generation asks for a miraculous sign! But none will be given it except the sign of the prophet Jonah.
For as Jonah was three days and three nights in the belly of a huge fish, so the Son of Man will be three days and three nights in the heart of the earth.
The men of Nineveh will stand up at the judgment with this generation and condemn it; for they repented at the preaching of Jonah, and now one greater than Jonah is here.

Matthew 16:21
From that time on Jesus began to explain to his disciples that he must go to Jerusalem and suffer many things at the hands of the elders, chief priests and teachers of the law, and that he must be killed and on the third day be raised to life.

Matthew 20:17-19
Now as Jesus was going up to Jerusalem, he took the twelve disciples aside and said to them, “We are going up to Jerusalem, and the Son of Man will be betrayed to the chief priests and the teachers of the law. They will condemn him to death and will turn him over to the Gentiles to be mocked and flogged and crucified. On the third day he will be raised to life!”

Matthew 26:1-2
When Jesus had finished saying all these things, he said to his disciples, “As you know, the Passover is two days away—and the Son of Man will be handed over to be crucified.”

Matthew 26:6-12
While Jesus was in Bethany in the home of a man known as Simon the Leper, a woman came to him with an alabaster jar of very expensive perfume, which she poured on his head as he was reclining at the table. When the disciples saw this, they were indignant. “Why this waste?” they asked. “This perfume could have been sold at a high price and the money given to the poor.” Aware of this, Jesus said to them, “Why are you bothering this woman? She has done a beautiful thing to me. The poor you will always have with you, but you will not always have me. When she poured this perfume on my body, she did it to prepare me for burial.

By saying that He was GREATER than Jonah, Jesus was teaching that what would happen to Him would be even greater than what happened to Jonah. Jesus has conquered death and no one else has!

There are similarities between Jesus and Jonah but they are not identical. For one thing, Jonah almost died because of his disobedience to God’s command; Jesus never disobeyed God’s commandments. Jonah did not want to go to Nineveh for fear that that Ninevites would believe; Jesus went to the cross to make friends of His enemies.

Deedat and Naik point out that Matthew 12:38-41 says Jesus would be heart of the earth three days and three nights. There is no way to come up with three days and nights (72 hours) if Jesus died on Friday afternoon and rose again early Sunday morning.

“juggle as you may, you will never, never get three days and three nights as Jesus had himself foretold, ‘according to the Scriptures.’ Even Einstein, the Master mathematician, cannot help you for this!”2

The answer to this objection is quite simple. Three days and three nights is an idiom meaning a short period of time. This should not be too hard for Muslims to understand because idioms are also found in the Arabic language (see, for example, the lecture of Dr. Ali Gomma on the Arabic word for “century”).

Muslim apologists like Ahmed Deedat and his disciple Zakir Naik are guilty of tahrif al-maʿānī, false interpretation of the biblical text.

The uncertainty of the Quran and Jesus’ Crucifixion

What every Muslim should know about the Bible and ʾInjīl

An example of Muslim corruption of Scripture: The Gospel of Barnabas